Science from Beyond the Grave - a Virtual GC Symposium

For many, fear of the unknown can be paralyzing. A smell, a taste, an object that cannot be identified... for most people, it is a warning to stay away.

For mass spectrometrists, it is an invitation.

Join LECO and GC/MS experts Jane Hill,  Albert Lebedev, and Shari Forbes for a virtual symposium embracing the spookier side of mass spectrometry.

Disease: Trick or Treat? Metabolomics is changing how we monitor our health 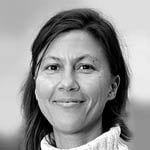 Jane grew up in rural New South Wales, Australia. Her high school years were spent in Grenfell, the birthplace of the famous Australian poet Henry Lawson. After moving to the US and finishing a BS in Chemical Engineering and technical MBA (both at Rensselaer), she ran a small bioremediation company in central New York State for a few years. However, she wanted to know more about the microorganisms that underpinned the transformations of pollutants in the soil. So, she completed her PhD at Yale University with Water Treatment Technologist Menachem Elimelech and then worked with Biotechnologist Jordan Peccia at Yale for her post-doctoral experience. She spent over a decade measuring and evaluating how organic phosphorus compounds were cycled in the environment before turning her attention to infectious diseases and metabolomics. In her spare time, Jane likes to play tennis, hike with her dog, garden, skijor, read books and poetry, play music, travel ... and ponder microbes. When possible, she would like to continue learning how to kitesurf ... even though it scares her half to death.

What Mass Spectrometry can tell you about 5,000 year old Mummies

Albert Lebedev is a Professor of the Chemistry Department of the Moscow State M.V. Lomonosov University (Moscow, Russia), head of the laboratory of Organic Analysis. Albert Lebedev received his PhD in 1982 and DSc in 1992 in organic chemistry from the Moscow State M.V. Lomonosov University. He has published more than 250 scientific papers and reviews and made more than 200 scientific presentations all over the world. With experience in directing undergraduate and graduate research, he has taught in the field of organic chemistry and physicochemical methods in organic and environmental analysis of the same University. He is an author and an editor of several books on mass spectrometry including “Methods and Achievements of Modern Analytical Chemistry” (Lan, 2020), two editions of “Mass Spectrometry in Organic Chemistry” (Binom, 2003; Technosfera, 2015), "Basics of Mass Spectrometry of Peptides and Proteins" (Technosfera, 2012), and "Comprehensive Environmental Mass Spectrometry" (ILMPublications, UK, 2012). He actively employs mass spectrometry (environmental applications, proteomics, gas-phase reactions) in his research and teaching activities. Albert Lebedev is a founder and the first President of the Russian Society for Mass Spectrometry. He is a current representative of the RSMS in IMSF. In 2019 he became a recipient of the gold medal of RSMS “For outstanding achievements in mass spectrometry”. He is a recipient of the State awards of Russian Federation in Science in 1983 and 2007. 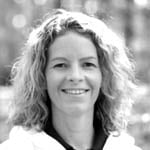 Shari L. Forbes is the Canada 150 Research Chair in Forensic Thanatology at the Université du Québec à Trois-Rivières (UQTR). She is the Director of the first human taphonomy facility in Canada for Recherche en Sciences Thanatologiques [Expérimentales et Sociales], also referred to as REST[ES]. She is an advocate for Equity, Diversity and Inclusivity (EDI) and has a deep commitment to the implementation of EDI values in academia. She has encouraged young adults to become engaged in science through her roles as an Ambassador for the Sydney Science Festival, the National Youth Science Forum, and Science Rendezvous.

She was formerly an Australian Research Council Future Fellow (2012-2016) in the Centre for Forensic Science at the University of Technology Sydney (UTS), Australia. She established and directed the first human taphonomy facility in Australia, known as the Australian Facility for Taphonomic Experimental Research (AFTER). Prior to this, she was the founding Director of the Forensic Science program (2005-2012) at the University of Ontario Institute of Technology (UOIT) where she held a Tier II Canada Research Chair in Decomposition Chemistry (2007-2012).

Prof. Forbes’ research investigates the chemical processes that occur in soft tissue decomposition. Her research aims to increase the knowledge base relating to decomposition chemistry to identify an accurate biochemical signature for estimating time since death. She has studied these processes in terrestrial, aquatic, and atmospheric environments throughout Australia, Canada and the USA. Her current research focuses on identifying an accurate chemical profile of decomposition odour using advanced chemical instrumentation. Her research assists police canine units to enhance their training protocols for cadaver-detection dogs deployed to forensic and mass disaster investigations. Her expertise is regularly requested to assist police with locating and recovering buried or concealed evidence, including human remains, drugs, explosives, weapons, and currency.

Her contributions to forensic science and chemistry have been recognized through numerous awards, including: the Analytical Scientist’s Power List 2016 – Top 50 Women in Analytical Science; as a Team Finalist of the Defence Science and Technology Eureka Prize for Outstanding Science in Safeguarding Australia (2018); the UTS Alumni Award for Excellence (2011); the Ontario Ministry of Research and Innovation – Early Researcher Award (2011); and an Alexander von Humboldt Research Fellowship (2005).