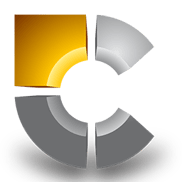 The new Cornerstone 3.1.0 brings today's visual language to LECO's powerful technology. All of the intuitive functionality and capabilities you're accustomed to are now dressed in a sleek, modern interface. 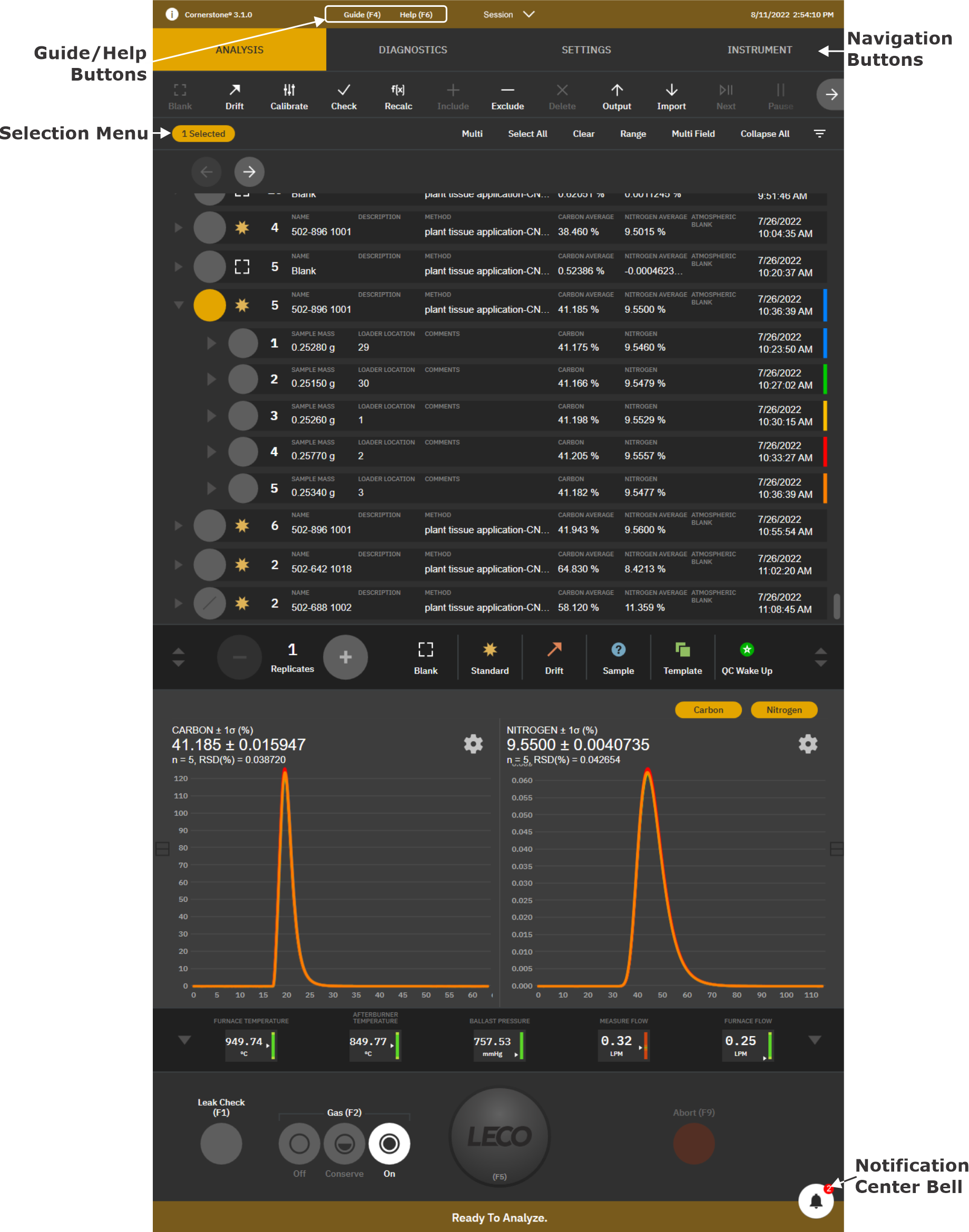 The most obvious change is the overall look. The buttons have been "flattened" to remove visual clutter and make the entire interface look cleaner, though the traditional Cornerstone gold theme has been maintained.

Several features of Cornerstone have shifted around. The Guide and Help buttons have moved from their former locations beside the analyze button to the left side of the Title Bar, while the round "i" information button has also shifted from the right side of the Title Bar to the left. The Navigation buttons, to switch to the Analysis, Diagnostics, Settings, and Instrument screens, have moved to the top of the display, instead of their former place near the bottom. All of the Selection option buttons (Multi, Select All, Clear, Range, Multi Field, Collapse All, and Filter) have been combined into a Selection sub menu beneath the Toolbar, and the Task Center and Message Bar have been moved to a Notification Center, with a bell icon in the lower right corner to notify you of software task status, errors, or when it is time to perform maintenance.

All of the old Cornerstone icons have received an overhaul as well, simplifying their designs to make them easier to understand at a glance. They remain labeled and in the same menus as before (unless mentioned above), with the same functionality.

Cornerstone 3.1.0 brings a fresh new look to the lab-tried and -tested software without sacrificing any of the capabilities or power. This update will begin rolling out to all our customers with a software update plan starting on Friday, August 19. A big change like this often takes some time to adjust to, but LECO's integrated manual and phone support team are on hand to help you through any confusion.

For a complete overview of the changes in the Cornerstone 3.1.0 update, read the Product Information Bulletin.