Revising the Standards: Volatile Matter in Coal and Biofuels 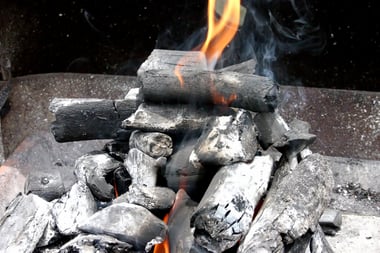 Coal and other biofuels are no different from every other substance that can be bought and sold: the quality of the material plays a huge role in the determination of the price. With coal and other solid fuels, the amount of volatile matter is the main factor in quality, as this determines the burning rates of the fuel. While the volatile matter value does rely on the type of fuel and moisture content of said fuel being tested, it also varies based on the heating rates used in the tests to determine the value.

This is why standards for material testing are important. Globally defined and applied standards create a common language that can be used, so buyers and sellers can be confident that the coal from one supplier can be fairly compared to the coal from a different seller using a different testing laboratory halfway around the world.

When a sample is difficult, however, method precision decreases. "Sparking" coal, or coal where particles escape and "spark" during the high-temperature testing, is one such difficult sample. For decades, scientists have been trying to find a way to improve the precision when measuring for volatile matter of this material.

Recently, Dr John Riley decided to examine the most widely used methods to try to find a better way of handling coals suspected of being "sparking." Since the sparking effect is caused by excess moisture, the method at the time added a "first step" method to pre-dry the coal before submitting it to the higher temperatures for testing. The standard value for this pre-drying step was 600 °C. 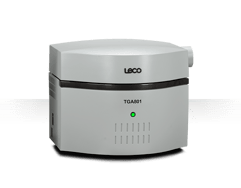 Using the TGA801 macro thermogravimetric analyzer, Dr Riley was easily able to modify the method and compare how changing temperatures, heating rates, and hold times affected the values. Derivative thermogravimetry plots enabled him to get a good look at what was happening to the reactions within the samples at what time and temperature. Based on the evidence uncovered in these experiments, Dr Riley determined that 600 °C was far too high. A pre-drying temperature of 107 °C allows for the release of the excess moisture without triggering decomposition moisture that will affect the volatile matter yields.

As a result of these and other, similar experiments, the ASTM Committee D05 on Coal and Coke recently revised the classic volatile matter standard test method D3175 to change the temperature for drying sparking coals from 600 °C to 107 °C.

For a more in-depth exploration of the experiment process that led to this conclusion, request a free copy from us.