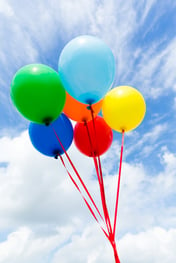 The supply of helium for laboratories hasn't been as shaky lately as it has been in recent years, but the price of helium continues to rise. In the meantime, replacement gases keep being tested.

Like helium, argon is an inert gas that can be used as a carrier gas for elemental determination without reacting with the samples being analyzed. It is the third most abundant gas in the atmosphere, more than twice as plentiful as water vapor. This makes it a very desirable and cost effective option when an inert gas is needed. However, argon has a much closer thermal conductivity to nitrogen than helium, by a factor of 4.14. Historically, the smaller difference in thermal conductivity between argon and nitrogen had made it too difficult to obtain accurate results, meaning argon was unsuitable for nitrogen analysis. 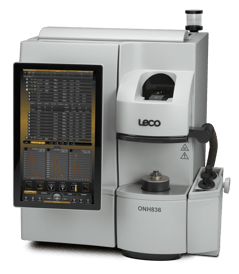 Today, LECO's 836 Series of analyzers for oxygen, nitrogen, and hydrogen is designed to minimize this problem. The unmatched low-level sensitivity of the 836 Series means that switching the carrier gas from helium to argon only needs a minimal shift in nitrogen detection limits to obtain the same accurate and precise results LECO is known for.

In a recent test by LECO's application scientists, four types of iron, steel, nickel-base, and cobalt-base alloys were analyzed on the ONH836 using first helium and then argon as a carrier gas. Oxygen, nitrogen, and hydrogen were all successfully determined simultaneously, with the results of both carrier gases in agreement. Whether it's using argon or helium, the right instrument can produce the right results.

For more details on the helium vs argon test, read the application note.