Old Traditions for a New Year 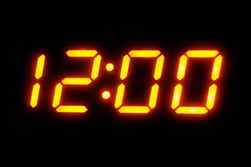 There is something satisfying about watching all of the numbers on the clock and the calendar roll over to a fresh start in a new year, and that sense of a fresh start and a chance to begin anew is celebrated the entire world over. Many of these celebrations include hopes and wishes for luck, fortune, and longevity and are underlined by offerings of food and drink. After all, you should always start a new year in the way you hope it to continue!

From silvery herring in Poland to lentils in Italy to collard greens in the Southern United States, many foods resemble money in color or shape. By preparing and eating these foods for the new year, people hope to invoke wealth and prosperity in the coming months. 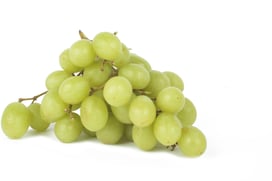 Luck and good fortune are also popular drivers of New Year's traditions, with many cultures celebrating with a cake, such as the Greek Vasilopita, French galette des rois, Mexican Rosca de Reyes, and Bulgarian banitsa. Many of these cakes will include a hidden coin or trinket, and whoever gets the slice with the prize inside will have a prosperous year ahead. Other cultures celebrate with the number 12 to symbolize the twelve months of the year (or the twelve strokes of midnight). In Spanish-speaking nations, eating twelve grapes at the stroke of midnight and finishing before the bells stop tolling is considered a way to bring good luck in the next year, one grape for each month.

Practicality played a large role in the start of many New Year's traditions. A lot of cultures enjoy pork, ham, or sausage for the New Year, and this may have started because pigs were traditionally slaughtered in the late fall, so the meat is plentiful and ready for a January 1 meal. Others point to how pigs will root forward when looking for food, unlike other animals like chickens or turkey that scratch backwards. You want to start a new year moving forward, after all! Sauerkraut or some other form of cabbage is another popular New Year's tradition, mainly from Eastern European countries, because again, a late fall harvest and 6-8 weeks of processing means sauerkraut is fresh and ready for the new year. The long strands of cabbage can also symbolize longevity and long life, similar to many Asian traditions of eating long noodles and trying not to break or shorten the noodles for the new year. Again, this is a sign of long life.

Whether it's practical or hopeful, every culture around the world holds their food traditions in high regard, and LECO has a high regard for the food put on the table. From field and crop health to feed quality to protein determination, LECO's instruments have certainly touched some aspect of the new year all around the world. Fill out the form below to read application notes on food processing.

From all of us here at LECO, happy New Year, however you celebrate!