Human vs Machines: Hardness Testing with the AMH55

Does automated hardness testing software really provide that much of an advantage over manual methods? LECO's Cornerstone-based AMH55 system takes the human variance out of the process, making it fast, precise, and accurate, but just how much variance is actually involved? LECO decided to put it to the test, pitting seven humans of varying metallographic experience against the AMH55.

Aimin, Krystin, and Lauren stepped into the lab with no hardness testing experience, while Askar, Dave, Matt, and Steve had varying levels of experience with hardness testing. Dave provided a brief overview of hardness testing and the hardness tester being used in the experiment, and then proceeded to zero out the instrument. Every participant stepped up and made their measurements for three indents on a certified test block, writing their results down in secret so as not to bias the rest of the group. After all of the humans made their measurements, the AMH55 was instructed to measure three indents of its own.

Already, the AMH55 has a clear advantage over the human participants: it is nearly twice as fast as the fastest human in our test, and more than 7 times faster than the slowest! While human speed can be improved with practice, Dave has over a decade of experience working hardness testers. There's not much more room for improvement!

Comparing the measurements of all of the participants led to some interesting findings. 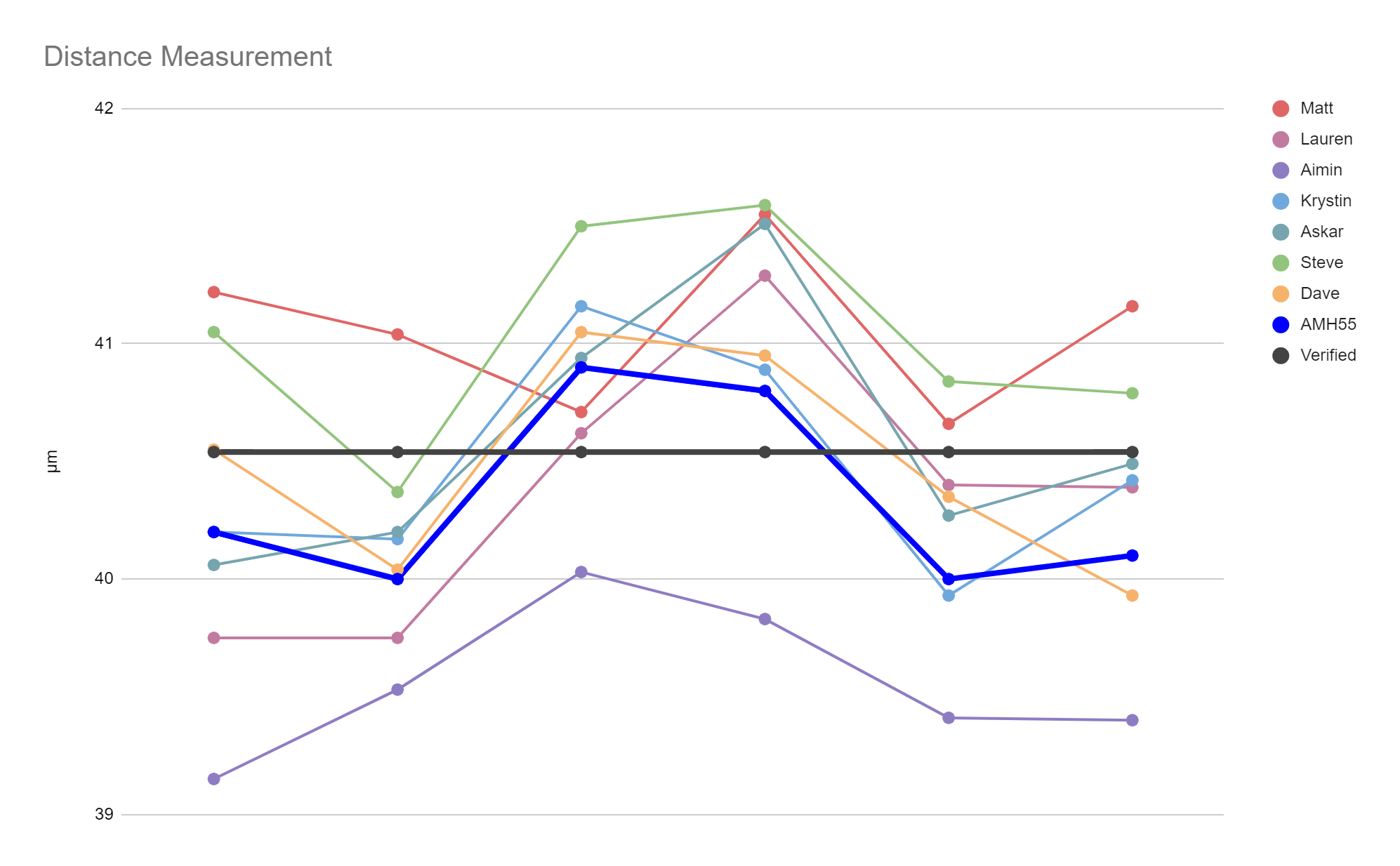 Some of the participants were consistently low, while others were consistently high. However, only the AMH55 was consistently within 0.5 µm of the actual verified value. In fact, the average range of readings for diagonals across a single indent was 1.67 µm for the humans, but only about 0.1 µm for the AMH55. 1.67 µm may seem small, but it can be a significant difference in a Vickers hardness result, and in this case represented a swing of up to 50 HV. 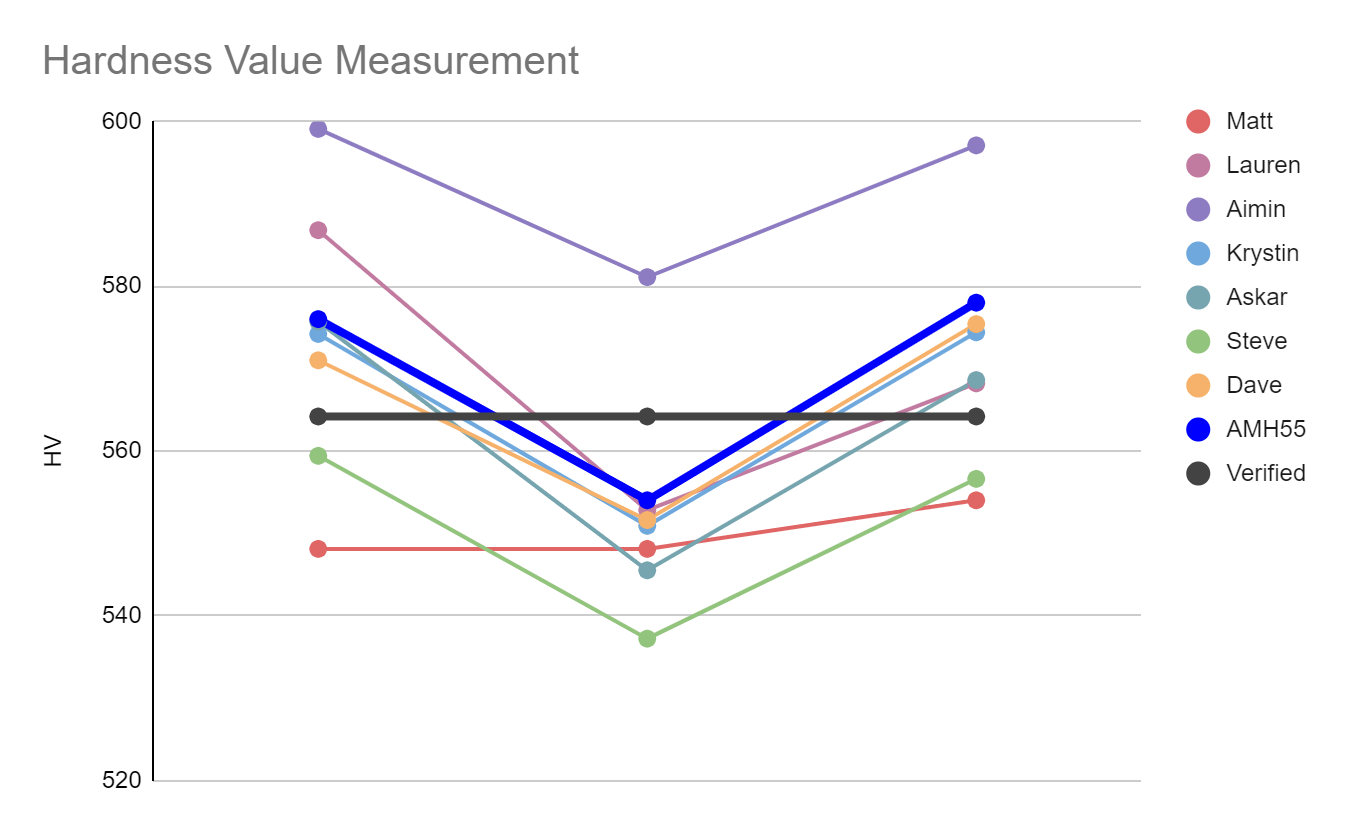 This variation in diagonal measurements led to variation in the hardness result, and it was precisely this variation that the AMH55 does not have to contend with. Throughout the experiment, the humans made various complaints, from the age of their eyes to the discomfort from trying to fit themselves to the location of the eyepiece. We tried to minimize some variation by having only one person, Dave, zero out the instrument each time, but even that act can introduce sources of error. Other human sources of error can include:

While most humans involved in this test made perfectly good measurements, that small variation between different readers can lead to different results. Automated hardness testing systems like the AMH55 do not have to account for any of the above sources of error. When combined with the increased speed, the choice becomes simple: If precision is important, automation is the answer.