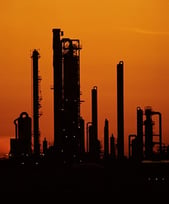 Heavy fuel oil, also known as bunker fuel or residual fuel oil, is a complex mixture used primarily in the shipping industry. Over the years, the regulations on heavy fuel oil have become more stringent to control sulfur emissions that were damaging to the environment. As a result, this type of fuel is frequently limited to 0.5% sulfur by mass, and it is therefore critical to know the composition of your oil. Such a complex sample requires the sort of heavy lifting that can only be provided by a high-tech, high-resolution GCxGC mass spectrometer.

The Pegasus® HRT+ 4D with Multi-Mode Source™ (MMS™) is designed to tackle these challenging samples with ease. Between the comprehensive two-dimensional gas chromatography (GCxGC) coupled to high-resolution time-of-flight mass spectrometry (HRTOFMS) and the multiple modes of ionization, this Pegasus can provide a full characterization of the volatile and semi-volatile components in heavy fuel oil. It does more than just show what's in your sample, though. The Pegasus HRT+ 4D can begin to do the work of interpreting the results for you.

If you're only looking for peaks containing sulfur, the wealth of information provided by GCxGC-HRTOFMS can be overwhelming at a glance. By using peak filtering, you can reduce hundreds of compounds down to just the few you are actually interested in with a filter such as "peaks containing 'S' in the formula." As you can see from the following figure, this can isolate your compounds of interest to make it easier to focus on exactly what you're looking for. 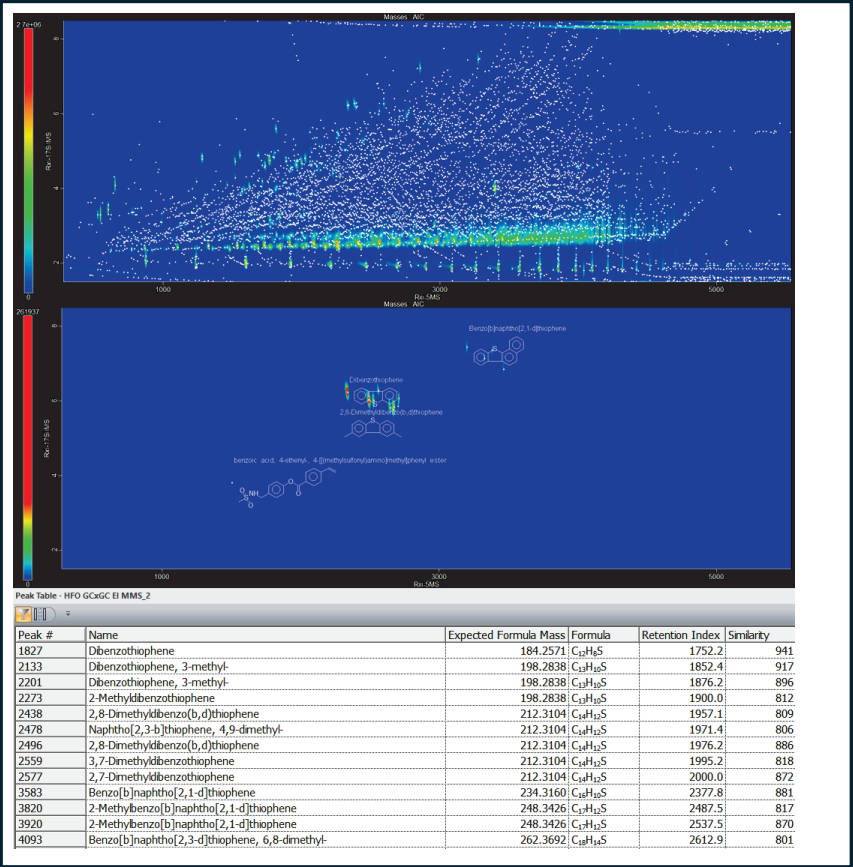 Most GCxGC software can match your results to library samples based on spectral similarity, tentatively identifying peaks with scores above 800/1000. However, the Identification Grading System™ (IGS™) built into our ChromaTOF® brand software for the HRT takes more into consideration than just the spectral similarity: chromatographic retention index, mass accuracy of the molecular ion, and mass accuracy of fragments based on library hit formula. With IGS, your library hits will be ranked based on the entire fitness of the hit. For example, pictured below is an octadecane peak, marked with a white peak marker. Despite there being a higher similarity score available with 2,6,10-trimethyl pentadecane, IGS determined that the presence of a molecular ion and correct retention index made this peak far more likely to be octadecane. 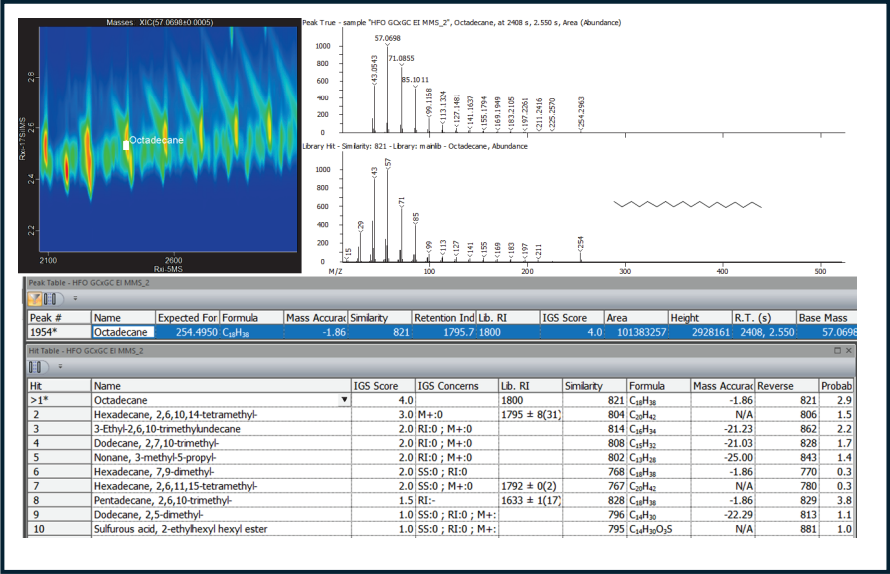 One of the most useful tools with the Pegasus HRT+ 4D is the Multi-Mode Source (MMS), which eliminates the need for manual hardware intervention when switching ionization modes. The MMS is capable of EI, PCI, and NCI analysis. Because there is no venting or moving of the GC columns, the retention times of the peaks generated between the various ion modes align, which makes it easy to recognize complementary information, such as when a softer ionization mode produces additional information that can confirm a peak's identity.

To learn more about the techniques that can be used to characterize and understand fuel samples, join LECO at the ACS Fall Fuel Session on Thursday, August 25. In addition to fantastic presentations by Bob Nelson and the students of Petr Vozka, and Robert Synovec exploring how GCxGC-TOFMS can be used to examine fuels, LECO's Christina Kelly is co-organizer and will be presenting on the app note discussed in this article. Make sure you sign up today, or stop by our booth #943 from August 21-25 to talk to our experts.

To read the app note in advance, fill out the form below.