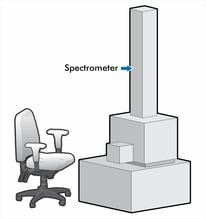 In 1973, TOF analyzers took a huge step forward with the introduction of the reflectron, an electrostatic ion mirror. Reflectrons provided time-energy focusing and improved the resolving power from several hundred to several thousand or more. To increase resolving power beyond 15,000, though, the height of the analyzer's flight tubes had to increase significantly.

The next major iteration in TOF resolution came with multi-reflecting reflectrons. Ion mirrors can bounce the ions once, twice, or three times through grids defining electrical fields before they arrive at the detector, increasing the flight time significantly. However, these grids also cause significant ion losses, limiting the usefulness of too many reflections. 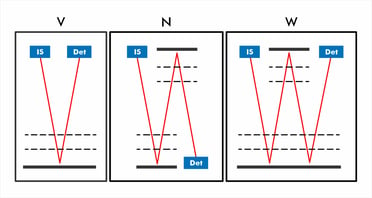 In 1989, a planar gridless electrostatic mirror was proposed. Without the grids, ion loss from the reflections was minimized. Unfortunately, this design could not mitigate the ion trajectories' divergence in the Z-direction, and there was still a significant loss of ions, resulting in a lack of practical improvement over the previous reflectron designs.

In 2011, LECO engineers took that planar gridless electrostatic mirror and worked in an array of Einzel focusing electrostatic lenses. This allowed for both Y-direction and Z-direction focusing, minimizing ion losses. With this Folded Flight Path (FFP®) design, resolving power for TOF mass spectrometry took a huge leap forward, easily reaching 25,000 within a sensible instrument footprint. An additional reflection within the FFP can send the ions through the array in another pass, doubling resolving power to 50,000. 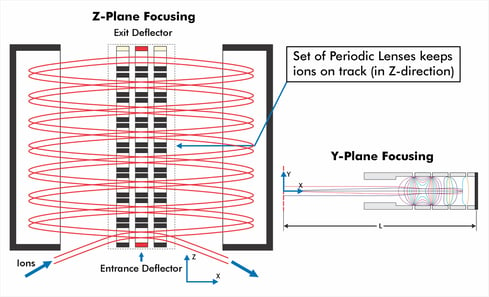 To learn more about this incredible breakthrough as we celebrate ten years of high resolution TOFMS, check out the white paper.