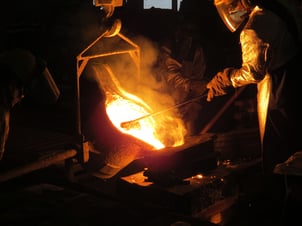 Most iron products these days are improved with the addition of ferroalloys, or iron alloys containing high levels of other primary elements. Ferroalloys are everywhere from cast iron to stainless steel. These extra elements help strengthen the metal by adding their own characteristics: silicon is used to deoxidize steel, manganese mitigates harmful effects of sulfur, and chromium increases corrosion resistance, to name just a few. But adding to iron is not without risk; if unwanted elements are part of the ferroalloy, they can weaken the resulting products. 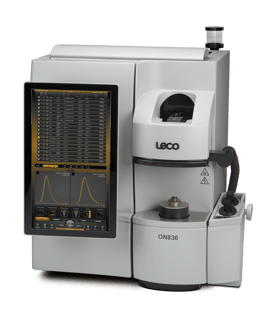 Oxygen and nitrogen can cause some of the greatest negative impacts when adding ferroalloys to molten iron. Too much oxygen can actually promote corrosion with the formation of oxides, and if it reacts with carbon, it can create carbon monoxide byproducts. Nitrogen, on the other hand, substantially decreases the ductility of steel, especially when cold, increasing its potential for failure. Nitrogen is particularly difficult to remove once introduced to molten metal.

It is therefore critical to check and confirm the ferroalloy feedstock in plants to maintain high quality control. An oxygen and nitrogen determinator like LECO's ON836 is well-suited to this task. With simultaneous, wide-range measurements and optional autoloaders, the ON836 is designed to speed up and streamline oxygen and nitrogen determination. Learn more about the accuracy and precision of this instrument in our latest app note, where LECO's scientists compare both helium and argon carrier gases on various ferroalloy samples.