Expand your Toolbox with the HRT+ 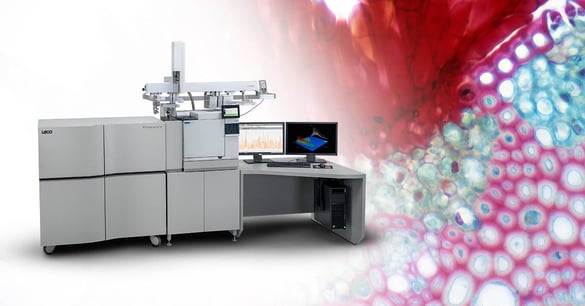 Gas chromatography-mass spectrometry (GC-MS) has long been an invaluable tool in a chemist's belt. With its ability to tease apart the compounds in a sample, identifying even trace analytes, it is able to perform specific tests and pinpoint what, exactly, is in the material being analyzed. But what can you do when GC-MS isn't enough?

Time-of-Flight mass spectrometry (TOFMS) is already known for its high-sensitivity full mass range data acquisition capabilities, and LECO's Pegasus® series is unsurpassed in its deconvolution algorithms. Taking GC-TOFMS to the next dimension by running GCxGC-TOFMS analyses leads to incredible chromatographic separation, but even the powerful Pegasus BT 4D can find a limit in its resolution.

LECO did something different. 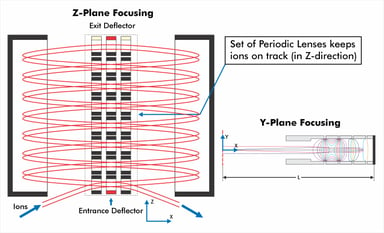 By folding the flight path back on itself, reflecting ions through a series of planar gridless mirrors and an array of Einzel focusing electrostatic lenses, LECO's patented Folded Flight Path® (FFP®) technology creates a 20 meter long flight path within a 30 in x 6 in x 4 in vacuum chamber, and in Ultra High Resolution mode, the ions are reversed at the end of this path and traverse the length again, raising the flight path to a total of 40 m, resulting in a resolving power greater than 50,000. This resolution, unmatched in TOFMS, is available exclusively in the Pegasus HRT+ series.

The Pegasus HRT+ doesn't stop with the FFP, however. Available as both a high-resolution GC-MS or GCxGC-MS instrument, it also has an optional Multi-Mode Source™ (MMS™) which enables ionization mode switching without any manual adjustments to your instrument. With Electron Ionization (EI), Positive Chemical Ionization (PCI), and Negative Chemical Ionization (ECNI) modes available, you are enabled to obtain a full chemical profile much more conveniently than ever before. This is especially useful for non-target screening, as different analytes react differently based on the type of ionization employed.

For more information about the Folded Flight Path, fill out our survey below.