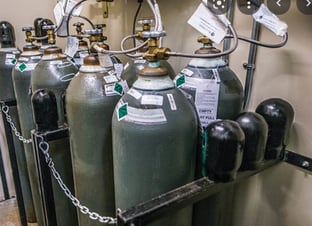 Many LECO analytical instrument rely on consumables like pure chemical and high purity gases to function. When supply chain issues affect these consumables, laboratory operations can quickly increase in cost or in worst case scenarios can even be shut down. One current issue that is plaguing the scientific community is the supply of helium.

Helium shortages and price spikes are unfortunately nothing new these days. The first major helium shortage, dubbed Helium Shortage 1.0, happened in 2006-2007, as new plants came online much slower and at lower capacity than anticipated. The supply eventually stabilized, ending the shortage until 2011, or Helium Shortage 2.0. Then, necessary maintenance on U.S.-based plants and economic struggles in Europe lent themselves to more disruption of the supply chain. By 2013, this shortage had ended, and there were no major helium problems until Helium Shortage 3.0 in 2019, when production problems once again caused a price spike. The COVID-19 pandemic caused a drop in demand, though, and while tight and expensive, the supply was enough to keep most laboratories afloat. But demand is rising once again, and manufacturing problems are once again plaguing the helium supply. Helium Shortage 4.0 is shaping up to be the most difficult time yet for the helium market, with relief still months, if not years away. Why is the helium market so volatile, and what, if anything, can a lab do to weather these spikes?

Helium is a non-renewable resource, mostly extracted as a byproduct of natural gas drilling (although after Helium Shortage 2.0, primary or pure-play helium companies have started to form, seeking out helium for helium's sake). Though it is most known to the layperson as the party balloon gas that makes your voice squeak if you inhale it, helium is a critical component of scientific and medical research. In addition to its lifting power, useful for weather balloons, helium is used as a carrier gas for many instruments and for its supercooling properties in liquid form, which are vital for superconductors such as nuclear magnetic resonance (NMR) spectrometers or MRIs.

With helium being a byproduct of a natural resource, production is largely restricted to certain geographic locations. There are only a handful of countries that produce helium, such as the U.S. and Canada, Qatar, and Algeria, with Russia attempting to come online as a major player. As such, any disruption in one country can cause catastrophic ripples through the helium supply, and that is exactly what we are seeing now. A large leak in the U.S. Cliffside Gas Fields facility took that plant offline for four months, taking a third of the world's helium supply out of the market overnight. Russia was scheduled to ramp up a massive helium plant that could have covered that loss, but several gas explosions damaged their facility, and, especially with the war in Ukraine and the global sanctions, it is uncertain when this plant will come back online. Qatar shut down two of their three plants for scheduled maintenance, and Algeria is now sending their natural gas directly to Europe through pipelines instead of liquifying it and refining the helium out. On top of all of these problems, the U.S. is moving more toward fracking for natural gas instead of drilling, which does not produce helium. 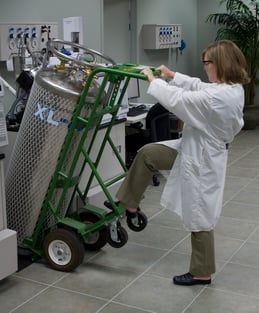 This perfect storm of challenges has dried up the helium supply, with most labs around the world being forced to make do with only 45-60% of their usual helium allocations, and that's for labs that already had contracts in place with suppliers. For smaller, independent labs, helium is next to impossible to find, and if they do manage to find a supplier, prices are more than double their usual.

With instruments in danger and research on hold or being lost entirely, it's no surprise that labs around the world are looking for ways to get out of the uncertainty that comes with helium dependencies. Labs have been turning to alternative carrier gases such as argon when possible. 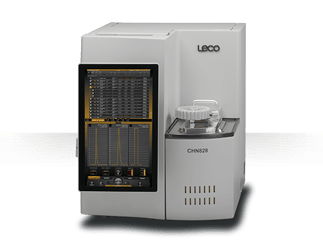 Fortunately, LECO Cornerstone® instruments that require an inert carrier gas—the 836, 736, 828, and 928 series—were designed with the ability to use either helium or argon as a carrier gas with no hardware changes. The 736 and 836 series are oxygen and nitrogen analyzers for inorganic samples (the 836 can also be used for hydrogen), while the 828 and 928 are carbon, hydrogen, nitrogen, and protein analyzers for organic samples. All four instrument families can be easily converted to use argon gas with a few setting changes and some new calibration, much of which can be handled automatically by the software.

There are some performance differences between helium and argon gas to consider. For additional information and For an example application comparing argon to helium as a carrier gas, fill out the form below to access an app note using the CN828 analyzing flour samples. Also available are the PIBs for converting the 736 and 836 to argon gas, and for converting the 828 and 928 to argon gas.