Beer and Brats: A Protein-Packed Fourth of July Tradition 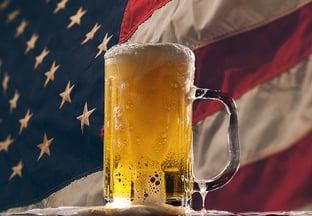 Alcohol is one of the oldest intentionally-crafted drinks in the world, with evidence of fermented drinks existing as early as 10,000 BC. It has remained an important cultural touchstone around the world, with most countries having some version of "going out for drinks" as a common social activity. While there are three main types of alcoholic beverages—wine, beer, and spirits—beer consistently remains the most popular alcoholic drink around the world and third most popular drink after water and tea. Recent Gallup polls find that 38% of Americans prefer beer to wine (30%) and spirits (29%).

It should come as no surprise that while a popular after work or weekend drink, beer is drunk most heavily on holidays. However, which holidays attract the most beer-drinking might be surprising. According to a study done by National Beer Wholesalers Association (NBWA) and Fintech, while St. Patrick's Day boasts the most on-premise beer sales (at a location such as a bar or restaurant), it is the Fourth of July that has the most off-premise beer sales and total beer sales. It's unsurprising that holidays that tend to be celebrated with an at-home cookout such as the Fourth of July, Memorial Day, and Labor Day have the highest beer sales the week before: is there a more American meal than a hot dog and a cold beer? 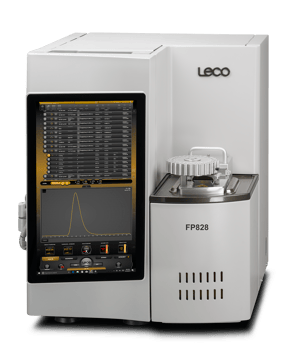 Beer's popularity likely stems from its low cost and wide variety of flavors. Whether it's in a can or a keg, light or heavy, fruity or malty, there is usually a drink for everyone. A lot of the quality of beer comes from the quality of the grains used in the malting and brewing process and that process itself. One way to measure this quality is through protein determination of the grains and the product at various stages of the process. LECO's FP828 is an ideal instrument for measuring protein content in food and drink such as beer, and it can be set up to use argon as a carrier gas instead of the more expensive helium for more cost-effective analyses. For a detailed comparison of argon vs helium gas determination in various beer samples, fill out the form below to read our latest app note.