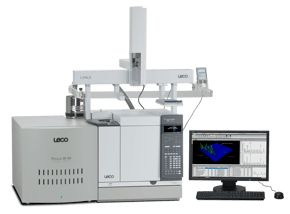 Part of the struggle with identifying MOSH and MOAH contamination in food samples is the difficulty in separating the MOSH from the POSH (Polyolefin Oligomeric Saturated Hydrocarbons) and/or MOAH from biogenic substances such as terpenoids. The similarities in responses between these compounds can result in erroneous results, as non-contaminated samples may be incorrectly reported as contaminated. The extraordinary resolution power of the Pegasus BT 4D, however, allows these groups to be properly identified and differentiated.

LECO's applications team ran an example workflow on a cumin extract to demonstrate the resolving power of the Pegasus BT 4D.

A previous analysis on a standard petroleum sample spiked with the MOSH/MOAH International Standard (Restek Coroporation, #31070), using the same procedure, was used to establish a reference for MOSH and MOAH compounds. 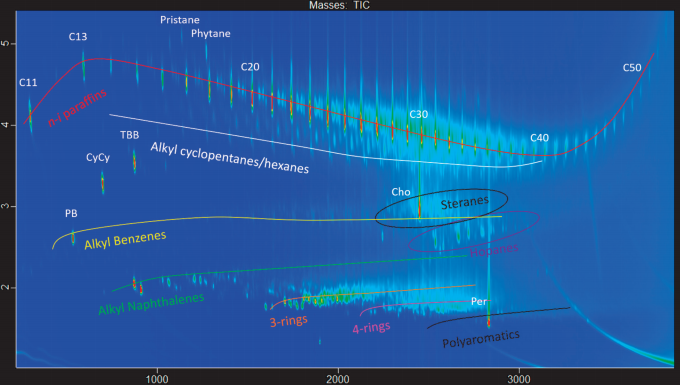 Following the analysis of the reference sample, the same method was used to analyze the cumin extract.

One type of compound screened for in the cumin extract was hopanes, which are regarded as confirmation of mineral oil contamination, but which are usually found in such trace amounts that they are difficult to separate and detect with the more traditional LC-GC-FID methodology. The Pegasus BT 4D found clear resolution and characteristic patterns of elution of the hopanes.

To learn more about how these results were obtained, the full results from the analysis, and the methodology used, read the full application note in our Knowledge Library.